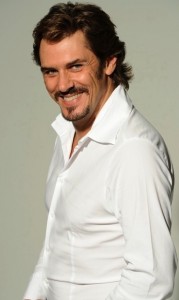 His repertoire ranges from baroque to Lieder, from Mozart up to the authors of XX and XXI Century.

He can boast several recordings with repertoire of the 17th and 18th centuries for Chandos, Astrèe, Stradivarius and Glossa, including L’Orfeo by Monteverdi for Glossa, which got great critical acclaim (Choc du Monde de la Musique, Grammophone Awards 2008 Best Baroque Vocal, Amadeus Prize 2009). He also performed the role of Orfeo in many European theatres such as Madrid, Sevilla, London, Genoa and Lyon and in US for the 400° anniversary of the drawing up of this work. In 2010 he recorded Mozart Requiem for Bottega discantica.

Mirko Guadagnini has a vast concert repertoire and he has been working very intensely with orchestras including: Orchestra of  Teatro alla Scala, Radio France, Accademia of Santa Cecilia, Accademia Bizantina, Europa Galante, Les Arts Florissants, Orchestra Regionale della Toscana, Orchestra del Maggio Fiorentino, Orchestra Sinfonica Giuseppe Verdi in Milan. He took part in the 2005/06/07 cycle of the sacred opera omnia by Mozart (Mozartfest) with Chamber Orchestra of Mantua under Umberto Benedetti Michelangeli. He has also developed his interest in chamber music and Liederabend working with pianists such as Irwin Gage.

He has performed in various world premieres as Il Dissoluto Assolto by Azio Corghi at La Scala in Milan, Antigone by Ivan Fedele and Phaedra by Hans Werner Henze both at Teatro del Maggio Fiorentino, again at the Maggio Musicale Fiorentino 2009 Patto di sangue, the new creation by Matteo d’Amico in world première conducted  by Marcello Panni  and directed by Daniele Abbado, at Teatro La Fenice in Venice Il Killer di parole by Claudio Ambrosini, conductor Andrea Molino and director Francesco Micheli, with forthcoming revival at Opéra Nationale de Lorraine in Nancy in 2012.

“….a result that would have not been possible without an adequate cast…

Mirko Guadagnini as a fragile yet strong-voiced Janek.” 29/10/11